Ossu, a sub-district of Viqueque, is located high in the lush mountainous region of central Timor-Leste; about 2 hours drive south of Baucau and 6 hours drive from Dili over difficult roads. The hillsides are steeply mountainous. It remains remote through lack of infrastructure and poor communication.

Ossu consists of 9 sub-villages or “sucos”. The sucos surround the main village of Ossu, which has schools and a produce market. People here live in traditional housing made from bamboo with thatched roofs, they graze goats and typically have a few chickens and pigs.

The people of Ossu live a subsistence agricultural life, where food sources are often insufficient. There is a saying…

In Ossu, there are three seasons, the wet season, the dry season and the hungry season.

Much of the land is degraded and subject to landslides and erosion. Transport is difficult, communication systems are limited and water sources are inadequate.

This video is about Nelson Ximenes and Ollie Howes undertaking the five hour journey from Dili, the capital of East Timor, to the mountainous village Ossu in the district of Viqueque.

The long and narrow island of Timor is located in the Indonesian archipelago, less than 500km from Australia and a 1-hour flight from Darwin. 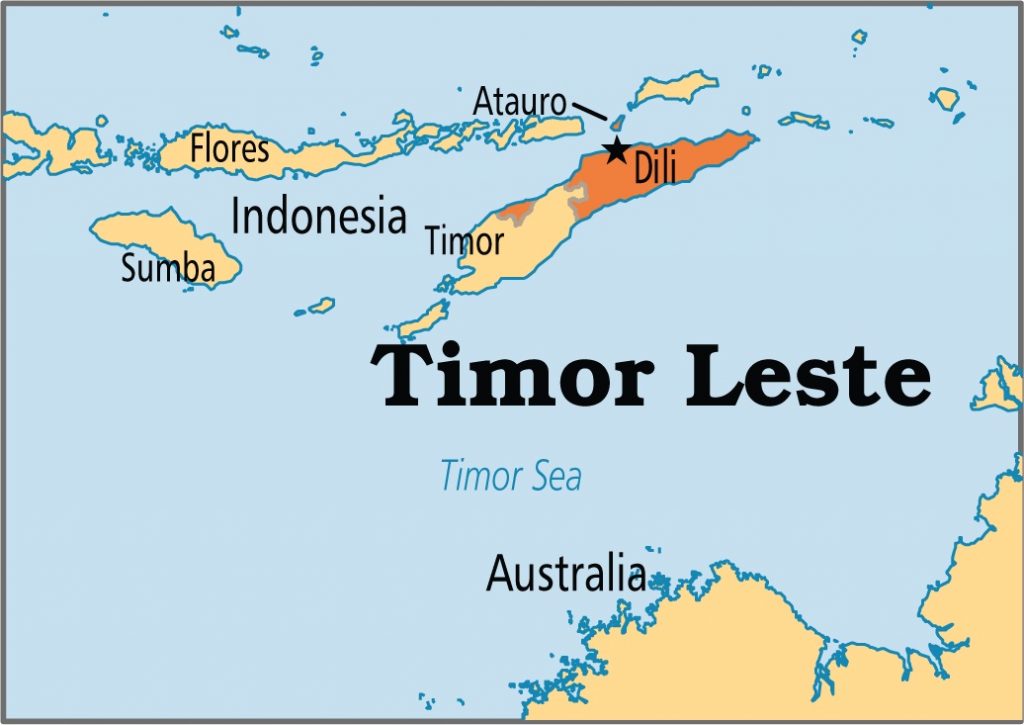 The island is divided into two distinct parts: the western part, under Indonesian domain and the eastern part, today proudly independent.

East Timor or Timor-Leste covers an area of 15,000 square km and has a population of approximately 1.2 million people. The country is beautifully picturesque from a coastal fringe to remote highland villages.

In May 2002, after 450 years of continuous foreign domination by both Portugal and Indonesia, Timor-Leste became the world’s newest nation.

It is the poorest country in the Asia region, but it is a land of young people with a desire to use their skills to create a prosperous and peaceful nation.

Although we are yet to be able to visit each other we remain in close contact and continue to progress a number of projects, and help where we can … END_OF_DOCUMENT_TOKEN_TO_BE_REPLACED

Steve is a member of the Willoughby Friends of Ossu, and is also a volunteer English teacher with a love of music. This clip is of secondary … END_OF_DOCUMENT_TOKEN_TO_BE_REPLACED

The Friendship Book “Friends across the Timor Sea: A history of Friendship Groups” has been published. The 70 page book was showcased by Ambassador … END_OF_DOCUMENT_TOKEN_TO_BE_REPLACED

In March 2019 Constancio joined us from our Timor- Leste’s teacher exchange program selected from teachers in Ossu. This program is an exchange of … END_OF_DOCUMENT_TOKEN_TO_BE_REPLACED

Congratulations to the team at Friends of Ossu (Timor-Leste) on receiving a grant for their teacher exchange program 2018/ 2019. Big thanks to … END_OF_DOCUMENT_TOKEN_TO_BE_REPLACED